Alex Carson on Life as a Pro

Alex Carson on Life as a Pro

Alex Carson has been described as one of Australia’s most successful commercial dance exports, dancing for the likes of Janet Jackson and Gwen Stefani. WE know her as a Dance Central alumna and all-round gorgeous babe with a personality that outshines even her dance moves. Which is saying a lot!

Lucky us, we caught up with her recently before she returns next week to DC to conduct a very special Advance Pro workshop on Tuesday 20 March from 7:45pm.

How it all began

Alex started dancing when she was 11. Fifteen years on, and she’s now settling into her third year as one of Janet Jackson’s professional backup dancers — a job she’s described as “the biggest blessing of my life.”

“Pretty crazy to think that the majority of my life has been spent in a room moving in front of a mirror!”

Born and bred in Canberra, Dance Central became Alex’s second home when she was a teenager. What started as a class per week quickly escalated into training with a crew and then competitions, teaching, and choreographing. Alex had been bit. And Dance Central was only too glad to help her spread her wings.

“(Dance Central) wasn’t just a place to learn dance steps, but a place that nurtured me as a dancer. I was pushed to develop a strong work ethic, create for crews, classes and shows. Most importantly I was trusted and truly believed in from a young age, which I think is really important for growing artists. At seventeen I had a tremendous responsibility within the studio, and the belief Julie and the studio had in me gave me no choice but to step up and grow.”

Having the responsibility and the confidence from Dance Central that Alex was capable of reaching greatness, Alex now draws on these early days of responsibilities to give her the mettle and élan to Try New Things.

If I ever have doubts in my direction or if a job seems to big I take myself back to where I began, look at how far I’ve come and can rarely find a reason for me to not at least TRY to step into bigger shoes.

More about that amazing mettle 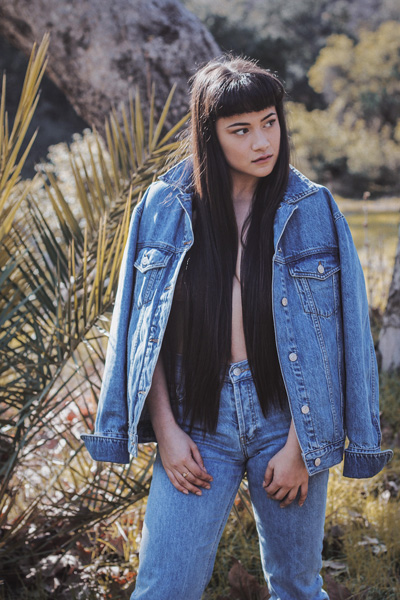 Of course, the yellow brick road to dancing in America wasn’t something that was built in a day. Alex got her share of education from the University of Hard Knocks and gained some valuable life lessons along the way.

The first big one came shortly after Alex left Canberra to pursue a career in Sydney, with the goal of conquering the dance industry in Australia before moving towards her bigger dream of dancing in the States.

“I definitely did not plan anywhere near enough and wound up sleeping in an empty room on an air mattress for a good seven months before being able to afford a proper bed. I worked at a café from 6am to 4pm every day, walking and catching trains to make my way around Sydney. I would walk from the harbour to school in Glebe to study fashion business ( a degree I never received and accumulated a ton of debt from). I would take food left over from work in order to eat properly, and had to part ways with my beloved car in order to pay rent. The one thing that kept me happy being away from my family was dancing with a group called Beatphonik, a crew that I had idolised as a teenager. But the late nights and early mornings had me running on empty.”

Things didn’t change until Alex made the next gutsy move to leave the familiar in order to improve her living conditions. She ended up landing a retail job at Topshop that enabled her to at least live better — but she was still not living her ultimate dream.

All that proved to be her first major reality check “in the big bad world”. But by coming out the other side of her tribulations — and on her own terms — all those lessons served to build up her fortitude and self-confidence.

After a trip to New Zealand doing workshops at The Palace Dance Studio, Alex successfully auditioned and became a part of the Royal Family Dance Crew. She now had another tough choice — whether to leave was she had steadily built up in Sydney, or start again from scratch and “at the bottom of the chain” in New Zealand. But with typical aplomb and amazing courage, Alex chose to throw herself once again into the deep end and moved to New Zealand armed with little else apart from the lessons and experience she gained from her time in Sydney.

“There I was again, at the bottom. I knew no one, had nothing but my suitcase and the desire to become a better dancer. There was no way I could’ve known that just over a year later I would be on a plane to L.A. about to tour with the likes of Janet Jackson. But that’s a whole other story itself!

“My point is that no matter where you’re from, what you want or the position you’re currently in, if you’re consistent  with your work and effort things will eventually come to you. You can’t give up at every obstacle life presents you and no one can bail you out of an unhappy situation but you! Surround yourself with amazing people, keep focused and always chase what you love with your entire heart no matter how challenging it may seem. Best believe you can and will rise above anything that stands between you and your goals if you truly love them enough.” 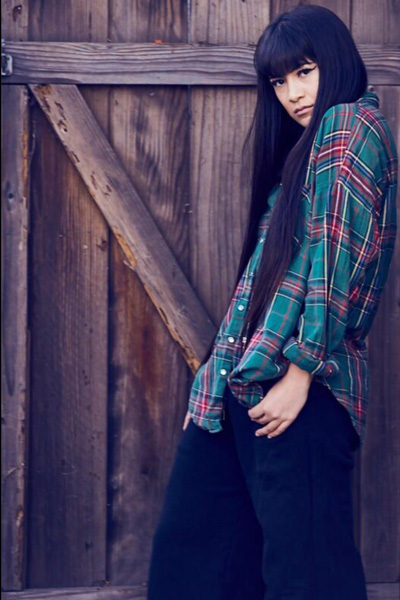 Since starting with Janet Jackson, Alex has had the opportunity to be a part of three amazing tours — two with Janet (Unbreakable & State Of The World), and a summer tour with Gwen Stefani. So far, she’s travelled through North America and Canada, as well as toured in Japan and Dubai. “Being on board these amazing jobs you get to see a lot of cities you may have never even thought of visiting or maybe even knew existed. It keeps work exciting and I’m hoping it’s just the beginning for me!”

Life on the fast track brings with it many amazing stories, but tour life isn’t always glamorous. Alex recounts an incident during her stay in Atlantic City on her latest “State of the World Tour” with Janet Jackson.

“Picture being completely exhausted from show after show, workout after workout and — I’ll admit — party after party. You finally get a day off and as you lay your head to rest you hear a rummaging in your hotel trash can. You try to brush it off when you suddenly hear “ OMG THERE’S A MOUSE IN THE TRASH!”.

“I swear I have never sprung up out of my bed faster in life. I was absolutely terrified! It’s one thing to see a mouse in the street, and it’s another to have one in your hotel room with all your luggage open around the room and everything. I was absolutely paralysed by fear and all over a little mouse. HA! I documented the whole thing on video which lasted over an hour. It was definitely the talk of the town backstage the next day. YUCK!”

And as for what a “typical day” for Alex now brings — if there ever is such a thing! — that gets largely determined by her location and whether she is on tour. As a professional performer, Saturday-Sunday weekends are no longer always a thing and her working week may not necessarily stick to the usual Monday to Friday. Alex has had to learn to be open and roll with the punches when it comes to her scheduling. “I could be sitting in L.A. for a week or maybe even months twiddling my thumbs and the next day be in rehearsal for an awards show or a six-month tour!”

But a typical day is filled with work during and in between performances, so keeping up her health and strength mentally, physically, emotionally and spiritually remains important. And Alex is careful to start her day right.

“Every morning I’ll wake up, make my bed and make a list of things I’m grateful for which inspires me to get up and do more. Typically my day will start at the gym doing circuit training with a group, or sometimes by myself. (I like working with a motivated team when working out for a real push; I think this stems from dancing in crews). I’ll then head home, eat a healthy breakfast and get any errands out of the way like laundry, dishes, groceries, meal prep — whatever I have to do to lift a weight off my shoulders. I’m a real space person and I am way more productive when I can get these things out of the way early. Throughout the day I’ll take class and finish off the day with cardio and/or weights, depending on my energy levels. Reminder: this is a day when I don’t have work!

Rehearsals typically take eight to ten hours. If Alex doesn’t have time to head to the gym for a workout before, she gets creative and rides her bike to rehearsal instead. “It can be challenging at times, but I love the feeling of jumping into bed at the end of the day knowing I’ve worked my absolute hardest.”

Since moving to America, Alex has cut meat out of her diet and focuses on eating lots of vegetables, healthy carbs and healthy fats with the occasional treat to keep herself sane.

And as for winding down at the day’s end… “I’m usually in bed watching baking shows on Netflix or hulu…. I’m addicted!”

As fun, full and flexible as her life is, Alex is determined to embrace the time she does get off work just breathe and be with friends. For at the end of the day, “it’s always about finding a balance.”

Leave a reply Click here to cancel the reply