How to get 37 times better

How to get 37 times better

In 2003, the English cycling team had basically hit rock bottom in the world of cycling.

In 2003, they had only attained one Olympic gold medal in a hundred years. They’d never won a Tour de France. It was so bad, European manufacturers wouldn’t sell them bikes because they didn’t want their brand anywhere near British cycling’s bad juju.

It was bad. And then in 2003, they hired Dave Brailsford to be their performance director. And Dave swears by his marginal gains philosophy that goes like this.

“If you broke down everything you could think of that goes into riding a bike, and then improved it by one percent, you will get a significant increase when you put them all together,”

In other words, find tiny gains in everything. Just a 1% improvement. That’s all he asked. So they started matching sleeping mattresses to each athlete’s body. They redesigned the bike seats and rubbed alcohol on the tyres for better grip. They tested fabrics in wind tunnels and switched their outdoor suits to indoor ones because they were lighter and more aerodynamic. They changed massage gels to speed up muscle recovery. Hired a tour bus so they didn’t have to share with other teams and get more rest in between races. Even painted their truck white to show up every speck of dust that could interfere with their finely-tuned equipment.

But here’s the thing. By 2008, they’d won 60% of the gold medals in cycling at Beijing. By London 2012, they had set nine Olympic records and seven world records. From 2007 to 2017, British cyclists won 178 world championships and 66 Olympic or Paralympic gold medals and captured 5 Tour de France victories. It remains the golden run in cycling history. 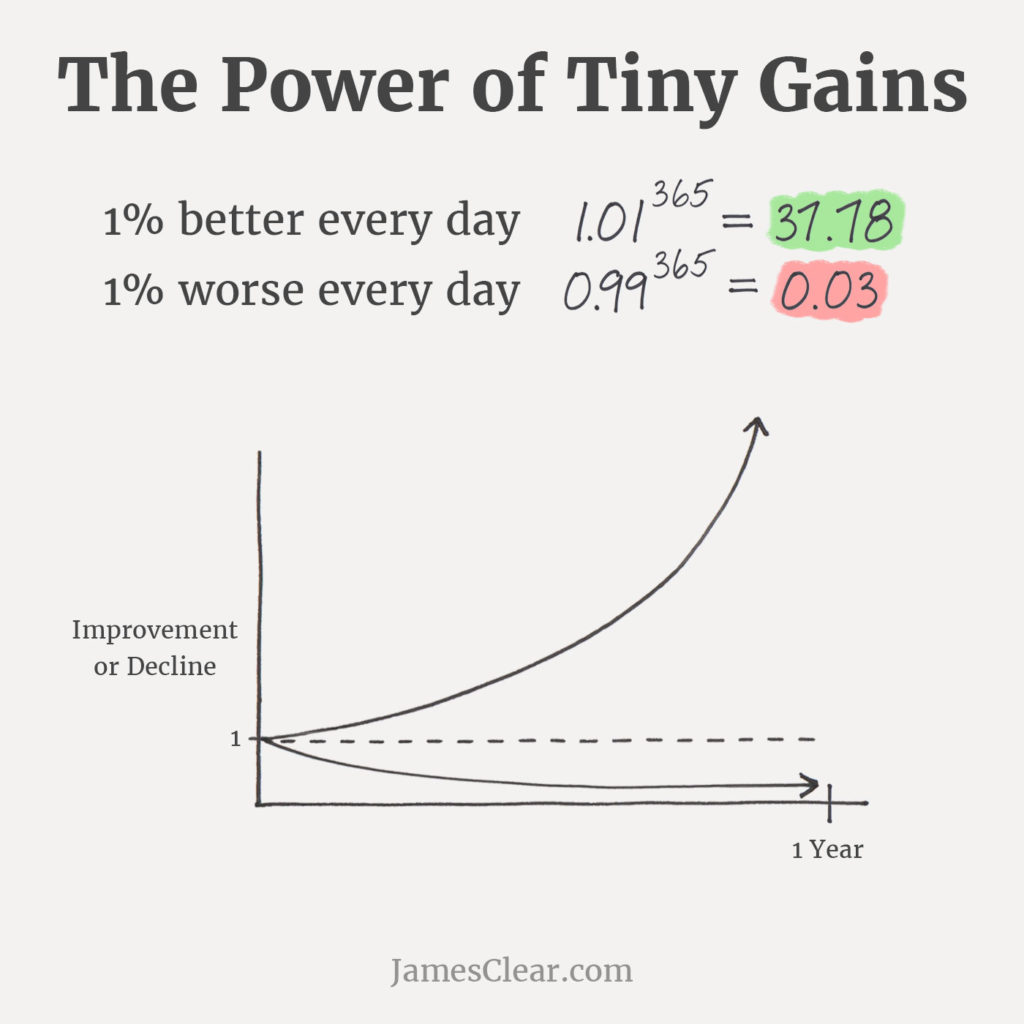 This is great news in several ways. First of all, the occasional stuff up isn’t going to kill your goal because the name of the game is constant tiny improvements. It also means that adjustments don’t have to be hard, just consistently made — and creatively found. Most of all, it means that making slightly better decisions each day is going to rock your outcome by the end of the year. Thirty-seven times better!

What’s your 1% today gonna be?

BOUNCE YOUR WAY TO A HEALTHIER YOU!

Our Adult Bounce classes suit anyone just starting out. That, and all other DC Fit classes, can be booked as casual classes on our website. Check out our timetable.

Leave a reply Click here to cancel the reply