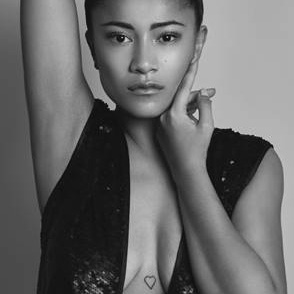 ALEX CARSON, one of Australia’s most successful commercial dance exports and Dance Central alumnae, has forged an incredible career overseas performing for the likes of Janet Jackson and Gwen Stefani.

Alex is coming to Australia and will be holding workshops for intermediate to advanced dancers this month at Dance Central!

This workshop is open to intermediate-advanced dancers including those outside of Dance Central.

Here’s what Alex has been up to lately:

The past few years, I’ve mostly just been juggling both Janet (Jackson) and Cardi B camps.

With Cardi, I have performed at a crazy number of festivals taking me throughout the States (Coachella), Europe, the Dominican Republic, Puerto Rico and even home to AUS and NZ. I’ve performed on televised award shows such as the AMA’s and the BET awards, and featured in her music video for “Money”.

We travelled to Japan, England, Switzerland, Australia and New Zealand last year performing at the infamous Budokkan Arena, Headlining Glastonbury Festival, Montreux Jazz Festival, and RnB live. We also got to perform at the EMA’s in Spain!

Within the States, we’ve headlined Essense Festival, Panorama, Global Citizens and Outside lands. The list goes on!

Outside of Janet and Cardi, I have been a part of both Fenty Savage NYFW shows. Performed with Rihanna at the Grammys, and even had a little dance in Parris’s video for Justin Bieber’s “Yummy”.

To enrol in workshops, jump on our booking system below and select ‘Events’.

I WANT TO WORKSHOP WITH ALEX!